We Will Achieve Our Mission through Partnership and Collaboration

Creating opportunities for every individual in Arizona and Florida to achieve postsecondary education success is a mission that will take partnership and collaboration to achieve. No one entity can do this alone. Achieving this mission will require multiple stakeholders across diverse sectors of the community to come together and focus their expertise and resources toward that one goal.

Helios is actively engaged in building, reforming and improving educational systems in partnership with organizations with a similar focus. The Foundation’s strategic investments are made in partnership with organizations that are passionate about education and that are implementing impactful, results-oriented work. But financial resources alone can’t move the needle forward. In addition to financial and intellectual resources, this work requires strong public and political will in order to make the public policy changes needed to reform and bolster our education systems.

Helios is partnering with a number of organizations in Arizona and Florida that are convening key community stakeholders, galvanizing an engaged citizenry, advocating for the continued implementation of high academic standards and aligned assessments and elevating the critical role that early childhood education plays in preparing students to succeed across the entire education continuum.

Helios has taken a position in favor of higher standards and aligned assessments for students in Arizona and Florida, namely in support of Arizona’s College and Career Ready Standards and the Florida Standards. Increased academic rigor will help ensure students are prepared for the 21st-century, globalized economy. These higher standards will improve not only what students learn, but also how they learn by teaching them the critical-thinking, problem-solving and communications skills that the new economy demands.

Through its support of and active engagement in the Collaborative for Student Success, a national project focused on the successful implementation of the Common Core State Standards, Helios is advocating that the states of Arizona and Florida stay the course in implementing the Florida Standards and the Arizona College and Career Ready Standards, as well as new aligned assessments. The Collaborative for Student Success works in support of the efforts of state education agencies and local education organizations responsible for educating and informing all stakeholders about the more rigorous state standards and assessments.

In addition to working with the national collaborative, Helios supports state-level communications efforts that promote the higher academic standards in partnership with the Consortium of Florida Education Foundations, the Foundation for Excellence in Education and Expect More Arizona. These statewide communications efforts in Arizona and Florida have been focused on helping parents and teachers better understand the standards and how they will be implemented.

The Arizona Aims Higher campaign developed and implemented by Expect More Arizona has seen improvement in the community’s understanding and acceptance of the Arizona College and Career Ready Standards.

As part of its advocacy effort around education issues critical to the academic success of students in Arizona and Florida, Helios is partnering with a number of organizations that are building public and political will toward implementing higher academic standards and aligned assessments in Arizona and Florida. Some of these investments include $100,000 in the Collaborative for Student Success, $130,000 in the Consortium of Florida Education Foundations, $80,000 in the Arizona Aims Higher campaign and $500,000 in the Foundation for Excellence in Education’s Learn More Go Further campaign.

BUILD Arizona is a cross-sector collaboration of organizations and individuals invested in establishing an aligned, coordinated and effective system that prepares children to enter kindergarten ready to succeed and to be reading at grade level by the end of third grade. Made up of business leaders, community organizations, early childhood educators and the philanthropic community, BUILD Arizona promotes shared leadership and ownership of the community’s early childhood education policy agenda.

With more than 30 organizations involved, including Helios, BUILD Arizona has advocated for a number of policy changes that would benefit children and families throughout the state, including the Department of Economic Security Child Care Administration’s release of 2,926 low-income, working families and 5,239 children from the previously frozen waitlist, which allowed these families to access child care tuition support. In addition, group members participated in the successful submission of a federal preschool development grant that resulted in a $20 million award over four years for the state of Arizona1.

BUILD Arizona is a collaboration of representatives from the public and private sectors, coming together in the best interest of young children in Arizona. We know that only through true collaboration and partnership will we be able to build a strong system that impacts early grade success in our state. 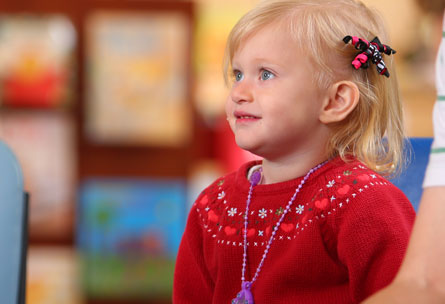 As part of its advocacy effort around early childhood education issues in Arizona, Helios has invested $800,000 into the development and strategic planning of BUILD Arizona, which is working to ensure early learners enter kindergarten ready to succeed and are reading at grade level by the end of third grade.

Helios is playing a lead role in the development of the Florida Consortium of Metropolitan Research Universities made up of Florida International University, the University of Central Florida and the University of South Florida. The Consortium is working to transform students’ lives in the metropolitan areas the universities serve. Through this consortium, the universities will share best practices, policies and programs to maximize career-readiness, particularly among under-represented and limited-income students, and they will better track students’ degree progress, provide more targeted support through mentors and advisers and identify local partnerships that could lead to internship or practicum opportunities for students.

The universities are exploring ways to maximize efficiencies by sharing software programs or student tracking systems to continue upward trends in student retention, completion and career placement. A President’s Council, comprised of the three university presidents, is providing general strategic direction for the Consortium’s initiatives. The partners are accelerating the pace and extent of change at their institutions by sharing, learning and applying best practices aimed at producing more career-ready graduates with lower debt, better training and adaptable skills.

The partnership between these three large, urban universities in Florida is an innovative approach to creating synergies between institutions uniquely positioned to significantly improve degree completion among traditionally underserved students. 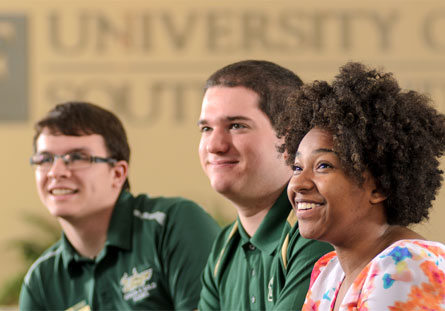 Through a $500,000 investment, Helios is helping create a consortium among three Florida universities, the University of Central Florida, the University of South Florida and Florida International University, allowing them to share best practices, policies and programs and increase opportunities for postsecondary education success, particularly among under-represented student populations.